“1 And there is a word of Jehovah unto me, saying:

2 `Son of man, set thy face unto Gog, of the land of Magog, prince of Rosh, Meshech, and Tubal, and prophesy concerning him,

3 and thou hast said: Thus saith the Lord Jehovah: Lo, I [am] against thee, O Gog, Prince of Rosh, Meshech, and Tubal,

4 And I have turned thee back, And I have put hooks in thy jaws, And have brought thee out, and all thy force, Horses and horsemen, Clothed in perfection all of them, A numerous assembly, [with] buckler and shield, Handling swords — all of them.

5 Persia, Cush, and Phut, with them, All of them [with] shield and helmet.

According to Smith’s Bible Dictionary, and Easton’s Bible Dictionary the word “Magog” means the region of Gog. The International Standard Bible Encyclopedia says, “Ezekiel uses the word as equivalent to the ‘land of Gog’. (1)  Strong’s Heb. 4031 has “perhaps “land of Gog”, as does the BDB. (2)

The word translated as “Rosh” is Strong’s Heb. 7218 “rosh” which means “head”. (3)   The ESV translates this as “the chief prince of Meshech and Tubal”, as does the GNV, KJV, NET, and RSV.  The OJB uses the words “nazi rosh” as prince chief of Mesheck and Tuval.  It is better understood that rosh is not a land territory but another adjective of the ruling prince over the lands of Meshech and Tubal, that of chief or head prince.

Then the definition of the land of Gog (Magog) is within the same verse, and are therefore the lands known at that time as Meshech and Tubal. And, it is translated as such in the NET and the KJV, as well as a few other English versions.

“‘Son of man, turn toward Gog, of the land of Magog, the chief prince of Meshech and Tubal. Prophesy against him”  (Ezek. 38:2, NET)

The names of the land nations within this prophesy constitute “Magog” are defined as Meshech and Tubal, which armies would be accompanied by those of Persia, Cush, and Phut, along with Gomer and Togarmah.  All of these were prophesied as being under the leadership of a chief ruler and prince that would bring these armies against the “land brought back from the sword” (Ezek. 38:8).  This is the reference to the land rebuilt and restored from the Babylonian captivity – specifically Judah and Jerusalem.

Therefore, as has been previously demonstrated in Part V of this series, the timing of this prophesied invasion is after the Babylonian captivity in the latter days (vs.8), which were the latter days of the Mosaic covenant in the first century AD.

The names of these lands were known to Ezekiel and those of the exile during the times of the ruling kingdoms under the Babylonian and Persian rulers.  Lands and territories are named by tribal or ruling kings, and change over time with successive rulers.  These nations / lands changed names over the last 3,000 years.  We need to look at some ancient maps in order to identify these territories.

Here is the map of the territory of the Persian empire under Cyrus.

The names displayed on the map are a mix of ancient names we are familiar with from both OT and NT study, as well as some current place names. Cush is clearly shown under Egypt.  If we examine the areas by the older Biblical names we can find all of the ones Ezekiel listed.

Meshech and Tubal were areas of the Persian empire of Asia Minor and the northern Pontus and southern coasts of the Black Sea.

From the Bibleatlas.org – the map of Meshech, we know today as Turkey:

and the map of Tubal on the southern shores of the Black Sea: 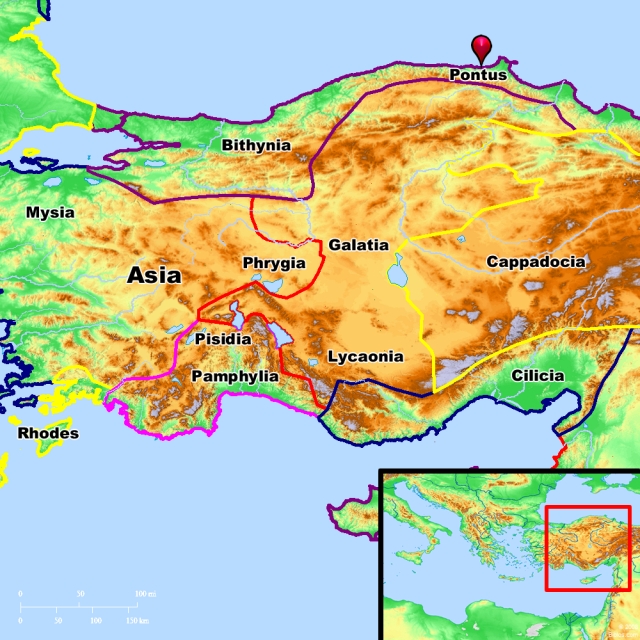 Here is the map of ancient Cush, which we know today as part of Egypt along the Nile. 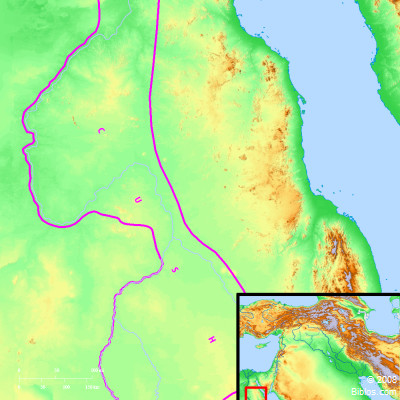 And, the map of Phut (Put), on the northern shores of Africa which we know today as Lybia

The Persian regions of Cush and Phut were the countries south and west of Jerusalem that were part of the northeast areas of Africa, and today are called Sudan and Libya.  They were part of the Persian empire which extended across Israel into Africa. (4) (5) (6)

Gomer was the name of the people who became the Galatians of the NT, also in Asia Minor, modern day Turkey, ancient Persian empire. (7)  Josephus placed Gomer and the “Gomerites” in Anatolian Galatia: “For Gomer founded those whom the Greeks now call Galatians, but were then called Gomerites.” (Antiquities.of the Jews, 1.6.) (8) Anatolia was the ancient name for Asia Minor.

And as for Togarmah, we also find it in Asia Minor, in the same region as Cappadocia.

We can see that the names Ezekiel used for Meshech, Tubal, Gomer, and Togarmah were ancient names for land areas in Asia Minor, north of Jerusalem in modern day Turkey; and that the areas of Cush and Phut were south of Jerusalem in Egypt and northern Africa which we call today Libya and the Sudan.

But, did any of the rulers under the Persian empire ever invade and destroy Jerusalem and the temple after the Babylonian captives returned to rebuild it?   Not that I can find.

So, let’s look at one more map – the Roman empire as it was in 14 AD under Caesar Augustus.

And if we overlay the ancient names onto this map of the Roman empire we can see those same places that Ezekiel called out by Persian names under the rule of the chief prince of Gog.  Phut (Lybia) along the northern shores of Africa, Cush (Sudan) along the Nile west of the Red Sea; and Meshech, Tubal, Gomer and Togarmah all in Asia Minor north of Jerusalem, which we now call Turkey.

The second invasion that destroyed Jerusalem and the temple was the Roman army coming out of the north under Vespasian, and pulling in the legions led by his son Titus in the African and Egyptian provinces during the Roman-Jewish wars of AD 67 – 70.  YHWH used this enemy of the Messiah to take vengeance (Luke 21:22) upon the real enemies who had crucified His son.

The particular prince who led these armies at that time was Vespasian as commanded by Nero – the Sea Beast of Revelation 13.

2 and the beast that I saw was like to a leopard, and its feet as of a bear, and its mouth as the mouth of a lion, and the dragon did give to it his power, and his throne, and great authority.

3 And I saw one of its heads as slain to death, and its deadly stroke was healed, and all the earth did wonder after the beast,

“8 and he shall go forth to lead the nations astray, that are in the four corners of the earth — Gog and Magog — to gather them together to war, of whom the number [is] as the sand of the sea;

9 and they did go up over the breadth of the land, and did surround the camp of the saints, and the beloved city, and there came down fire from God out of the heaven, and devoured them;“ (Rev. 20:8-9, YLT)

See the following posts at the right margin for supporting scriptures:

The Beast of Revelation

Revelation: The Four Corners of The Earth

Heaven and Earth Have Passed Away

The Whore of Babylon

The Signs of Revelation – Part II: The Codes and Symbols of Nature

So, we have established the time of the Gog of Magog prophesy as the last days of the Mosaic covenant in the destruction of the temple in AD 70, and we have established the lands of Gog of Magog were those same lands of the Roman empire, the armies led by the chief prince that carried out that second invasion of the land brought back from the sword – Judea and Jerusalem.

But, not everything of the Ezekiel Gog and Magog prophesy is literal.  As with most of YHWH’s prophesies it does contain both literal and figurative aspects.  It is hugely hyperbolic with many metaphors. There is a collective nature, a collective representation in the Ezekiel prophesy of Gog that applies to all enemies of YHWH.  The prophesy brings forth the images of times past that would trigger the remembrance of those captives of the Babylonian empire.

The imagery of the grave, and the dry and scattered bones of the passengers valley, the definitions of His enemies, and the assurance that God would save His people deserve discussion which will be addressed in the next part of this series.

“Phut also was the founder of Libya, and called the inhabitants Phutites (Phoutes), from himself: there is also a river in the country of Moors which bears that name; whence it is that we may see the greatest part of the Grecian historiographers mention that river and the adjoining country by the appellation of Phut (Phoute): but the name it has now has been by change given it from one of the sons of Mezraim, who was called Lybyos.”

4 thoughts on “Ezekiel in Revelation – Part VI: The Land of Gog”

It’s Not The End of The World